Located in Cape Le Grand National Park, a walk to the summit up the east slope of Frenchman Peak is rewarded with spectacular views over the park of the southern coastline and islands in the Recherche Archipelago. 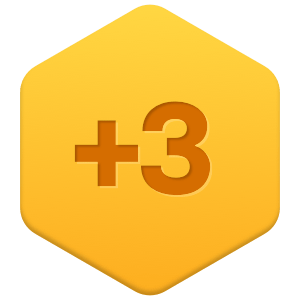 In the south-west corner of the park, massive rock outcrops of granite and gneiss form an impressive chain of peaks including Mount Le Grand (345m), Frenchman Peak (262m) and Mississippi Hill (180m). They are the result of erosion and movements in the Earth’s crust over the past 600 million years.

Caves and tunnels found in the peaks are thought to have been formed or enlarged by wave action and underwater currents during a period some 40 million years ago, when sea levels were at least 300 metres below their current level and the peaks were largely submerged.

A party led by explorer and prominent colonist John Forrest passed through the area in 1870, in search of good country for pasture. During this expedition, Frenchman Peak was named by his brother, surveyor Alexander Forrest, because its shape was said to resemble a man wearing a Frenchman’s cap. The Aboriginal name for the peak was Mandooboornup.

There is a hard 3km return, 2 hour walk to the summit to enjoy outstanding views over the coast. Please follow footpath from the car park to the easy angled east slope - do not attempt to short cut as the rock is deceptively steep, especially on descent. This walk is not recommended in wet or windy weather.

Very experienced bushwalkers with specialised skills, including navigation and emergency first aid. Tracks are likely to be very rough, very steep and unmarked. Walks may be more than 20km.

Stay on the route marked by rock cairns. Do not attempt to take short cuts as the rock is deceptively steep, especially on descent. This walk is not recommended in wet or windy weather.

This walk is not recommended in wet or windy weather.

All year round except in wet or windy conditions.

No pets in National Parks
More tips for being Trail Ready

Earn 3 points towards
your TrailsWA level

Earn the Tall Peak badge when you complete this trail

I have lost count of the times I've climbed Frenchman's Peak having first climbed it in 1976, most recently May 2020. Stunning views over the Park and a fascinating cavern at the top. It never gets old.

Frenchman's Peak is fabulous and a must do when in Cape Le Grand. Great views over to Lucky Bay and Esperance and a very cool cave that used to be a sea cave.

Definitely need to do this walk in dry weather as the rock slope is steep and slippery when wet... Bon Jovi would love it as do we! You are reporting a problem for Frenchman Peak Walktrail, Cape Le Grand NP. Please be as detailed as possible to help us appropriately identify and address the issue.